Transbrandenburg Etape 3: Bad Belzig to Potsdam – Ouch said my everything 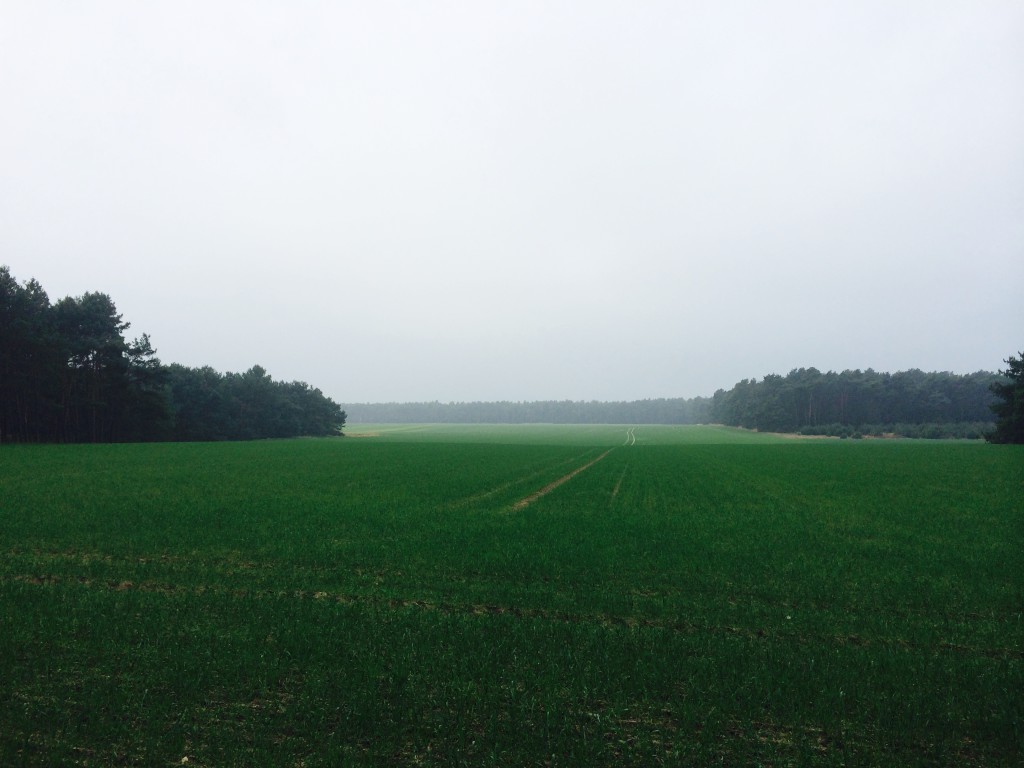 The third day started rather early as to leave enough time for a big breakfast, bike check, loads of stretching and general checkup on the pains accumulated over the last few days.  Bike and rider checked ok and breakfast was fantastic.  We spoke about leaving earlier the night before, but somehow the message did not trickle down to every member of the group so we lingered and chatted until the rest were ready.  A few minutes before 9:00 we took off.

The first part of the ride was actually backtracking on the hills of the night before.  That part of course was new to Karsten, Sven and myself since we took the road. Having ridden that sandy descent during the morning light I thanked every god in the atheist handbook for the smart move of the previous night.  It was not fun during the day and was probably a hell of a lot less fun at night, especially without lights.  Mental note: get lights.

The fields through which we rode were covered in morning mist and looked dreamy.  Within minutes the knee pain returned and the tendons were screaming.  I asked the group to continue and slowly fought my way through the forest.  I knew that we were south west of Berlin and was rather confused by the fact that the track started south and not north, but as by now was clear, the point was not to get from A to B, but to ride in nice tracks…or tracks that did not exist just yet.  When I arrived to a strange hilly portion of the forest I realized that the track seemed to go through the trees, all neatly and more importantly densely planted.  The combination of the various aches and the growing realization that this day, possibly the shortest one, was not going to be a walk in the park, or a ride in around the lake, planted a new thought in my head: do I want to finish this ride and then not ride for weeks and weeks recovering, or should I find a way out.

Lucky for me, our singlespeed mountain biker came up behind me and helped the decision process.  As a veteran of long rides (the fellow did London-Edinborough-London a few times) he said “take the road, find a train, get off your heels.”  I decided to take his advise.

I rode to the next small town to find a train station that looked rather deserted.  I decided to continue north on the excellent cycling path and take it easy.  At the next town I stopped and checked the train again and decided that instead of waiting for a train that will bring me to another train station where I will have to switch trains again, I might as well finish riding all the way to Potsdam, where the trains go to Berlin.
At the end of the day, I still rode 70km with a barely working right knee and massive pains in the Achilles Tendons. I did not finish the ride as it was planned, but in terms of distance ridden I was on the same mark.

From what intel I collected from the team post-ride it seems that pretty much every person had some mechanical issues starting from flat tires and ending in busted pretty much every thing.  Ralf, the organizer, actually busted his derailleur and ended up rigging his bike for single speed in the last 10 km.  That’s dedication for you!

It was first and foremost an epic adventure.  The second day, with its mix of river crossing, forest riding, castles and dikes was truly the pinnacle of tour.  The accommodations, organized by Ralf, were fantastically practical, welcoming, affordable and well placed.  The group, even those whom I only saw at dinner or breakfast was great – tough breed or tri-atheleths, Randonneurs, folks who rode the Grenzsteintrophy more than once and managed to also keep a family of 4 children happy. And here I was, a newbie in comparison, spitting blood and hanging for dear life.  Did I have fun?  HELL YEH.  Would I do it again?  HELL YEH.

The next time should be easier…right?