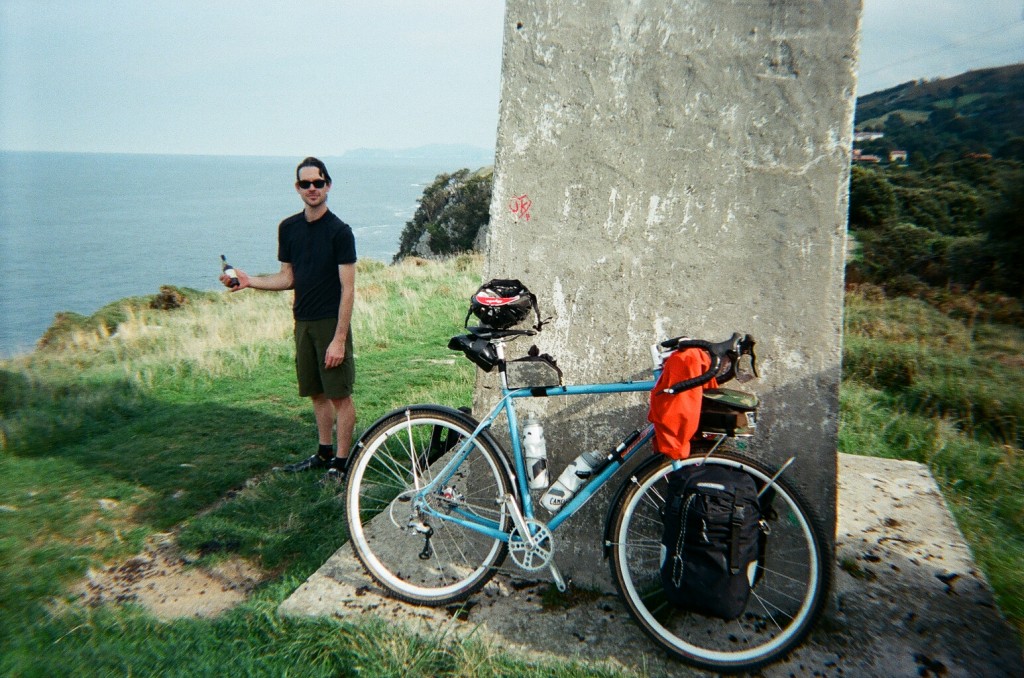 We cheer with whiskey glasses at a cafe next to the famous church. We somehow picked up an Australian pilgrim along the way and are all smiles, pats on the back, and high fives. The Camino Del Norte is completed. Sadness creeps in and a succession of thoughts fires through my brain “we should have taken more random path.” “we should have taken it slower.” “What can we ride tomorrow”. After 688 km of full-loaded touring in one of Europe’s most beautiful regions and I’m obsessing over the next ride. What’s wrong with this boy?

But this is really when it hits me – this was an amazing experience, exceeding 10-fold any expectation I had of my first tour and I’d very much like to do another tour, as soon as possible, post-haste.

In September 2013 I came across a Salsa blog post from Kelly Mac about “Bikepacking the Camino Santiago.” The blog entry started a chain reaction that culminated in the most fan adventure I have yet to experience on two wheels.  The Camino Santiago, or The Way of St. James, is a pilgrim path that starts in various places around Europe and ends in the capital of Galicia – Santiago de Compostela.  Initially when reading about the history of the camino, and considering the possible religious implications, I was turned off by the idea to join the pilgrims.  But after some consultations I realized that:

These are pretty compelling arguments.  They spell out comfort and ease which were important aspects in being able to materialize the tour.  The tour was going to happen between one project and the next, so keeping preparations to minimal was essential.

I identified one friend who was keen on doing the ride and needed to get away as badly as I did.  We did one planning session in which we decided to ride the Camino Del Norte simply because it went along the ocean, seemed more challenging, and, based on all written material, had significantly less travelers.  We also decided to fly on a certain date, and due to another commitment, I had a very definitive date on which I needed to be back home.  How did we decide on when the trip will start?  Based on airline ticket price of course.  How did we decide on where we will stay each night and how many kilometers we had to ride every day?  We did not.  We knew where we land, where is Santiago, and where the path was.  We found a GPS map of the path from Bilbao to Santiago which showed 666.66 km of riding.  We figure that we can do that in a week without stressing too much, we added a few buffer days for good measure and booked airline tickets.

The weeks leading up to the tour were exciting.  The bike (my Hunter) had to be rebuilt, racks had to be found, mudguards, panniers, packing list had to be created, tires procured.  At no time did we actually concern ourselves with planning the tour itself.  Instead, we invested all our energy in making sure that the bikes were ready for the task.  We continued with our usual long distance riding every weekend and in the last weekend before heading to Spain, while riding east of Berlin on the way to Poland, we even found the first sign of the path. 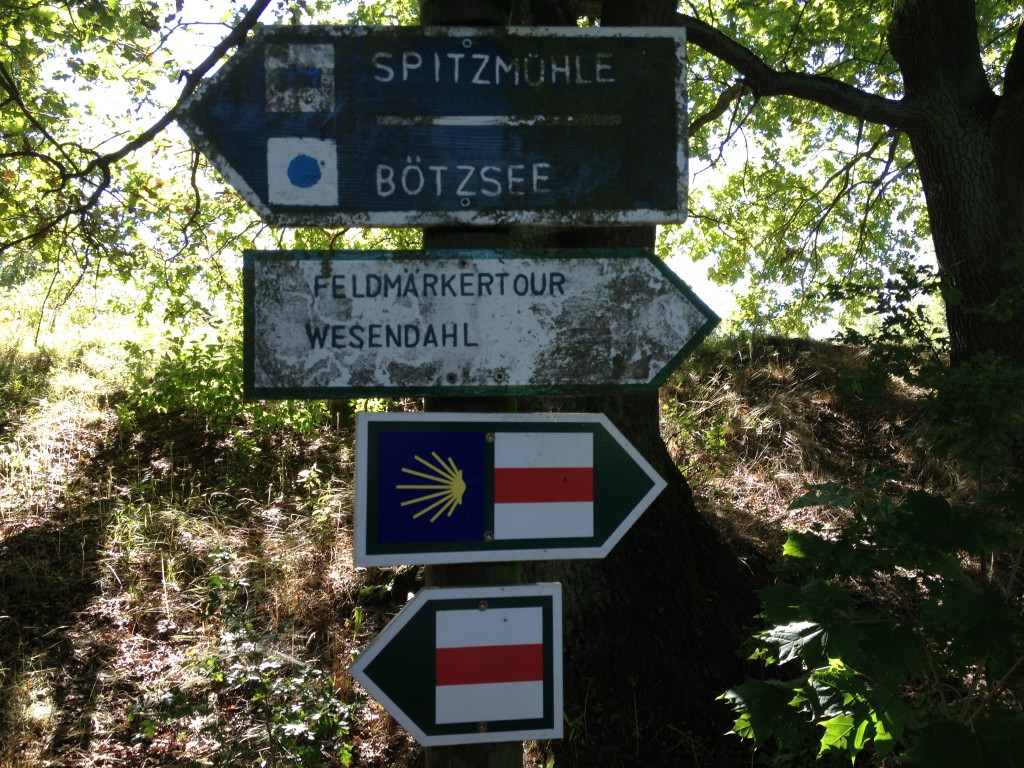 The yellow shell with the blue background was going to be our tour guide through the whole adventure.

The feeling of rolling out of an airport on a bike instead of in a taxi or a rental was the real indication that this is something entirely new.  It was a rush of freedom and power that even to this seasoned traveler was a first.  As soon as I left the terminal, panniers hanging on the rack, water bottles filled in the terminal’s bathroom, I ran into two German Pilgrims that were on their way back.  They were excited to meet a fellow German and had nothing but amazing stories about the tour.  That was encouraging.  I departed the airport and rode into Bilbao. 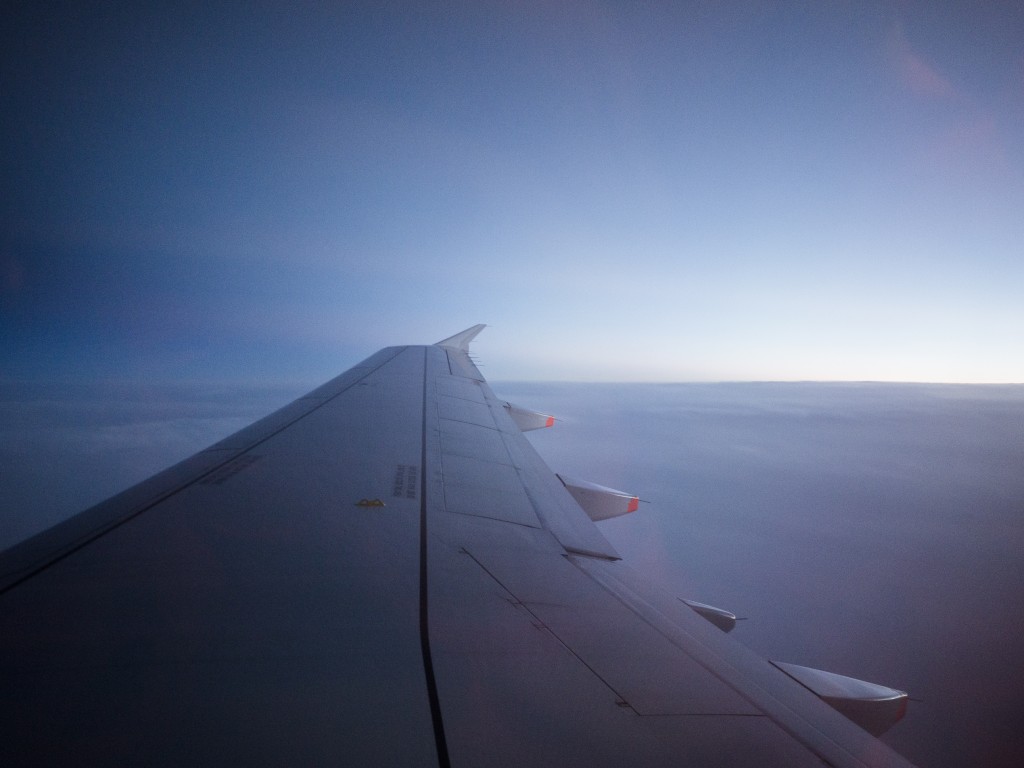 We ended up using a simply guideline while riding: wake up between 7 and 8.  Wait for the sun to come out (which was around 8:45), hit he road around 9.  We would then ride until lunch time which in Spain is a very distinct time: 12:00-14:00.  We painfully learned that if we miss this window of opportunity, we can not expect to have food prepared for us until dinner time, which often, even in the smallest village in Spain, starts at 21:00.  So we always looked for a place to feed for lunch and then continued riding until it was around 18:00.  At that point we typically looked for a place to stay for the night.  We stayed at youth hostels (9 Euro a night with breakfast!), we stayed at hotels (the most expensive one being 40 Euro for the whole room), we stayed at Albergues which are pilgrim hostels.  All stays were great, comfortable and easy to organize.  Once we found a place to stay for the night we would explore the village or town, often on our bikes (with the panniers waiting at the hotel/hostel).  We would then find a place to eat dinner, have a drink, and pass out.

The eat-ride-eat-ride-eat/drink-sleep-repeat routine brought us to Santiago 6 days after we left Bilbao.  Without any planning, we ended up riding the following etape (stages):

We met people along the way, but not too many.  All folks we met had great stories, were often older than us and were happy to educate us on the history, location and geography.  We climbed every day around 1,400 cumulative meters and were relieved that we only had rain on two days.  When it did rain, it was great to have disk brakes that really worked to depend on.  Using liberal amounts of Chamois Creme we did not suffer any seat sores and being off-season meant that prices were more than affordable.  The food was fantastic and the wine and cider plenty.  What more could one ask for for the first tour?