Someone Built My Bike

In October, in the middle of a tour in Northern Spain, I received a set of images from Rob Vandermark of my Mudxium S being built. Since I was about to take possession of the bike a few weeks later, I could not have been more elated.
In the gallery you can see how the clean and precise the Seven team constructs a bike. Something tells me that this was not just for my bike.

Do you really need another bike?

As soon as Der Panzer was finished and the first few hundred kilometers ridden, a new bike started its birth in my head. Truth be told that bike started its design a long time ago, but it was always a little too vague to actually make sense to anyone but me.

There is this ongoing quest for “The One” bike that comes up again and again when talking to bike enthusiasts. This was also going to be “The One.” It seems that in the past, or rather up until very recently, this idea was a heresy. But these days, the concept of a bicycle that could do anything a rider would want is becoming a reality.

Being rather critical with myself I demanded my sick mind to explain what difference would this new bike have to the existing stable. The stable has been really dwindling of late – two bikes are really the ones I use on regular basis: The Kelly and Der Panzer. The kelly being a daily commuter is not really up for debate at this point since the expectations I have for it are low. It needs to take me to work and back and at times clear across the city. If it will get stolen I will be sad, very sad, but there will not be a huge financial loss. 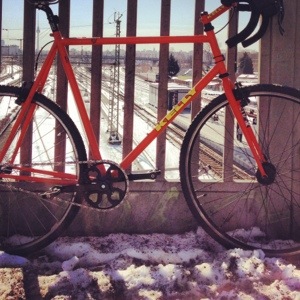 I described Der Panzer in many terms in a previous post so going back over that explanation is not required. Der Panzer is not designed to be nimble, fast, light, or the kind of bike that will keep a line. In fact, since the Bottom Bracket is so high and the height drop between the stays and the BB is so extreme (4cm) it is almost like a bastardized 29er with Randenneur drop bars, Rohloff gearing, racks and fenders.

The idea for “The One” could be summarized in a few use cases. It is the bicycle that allows me to hang with road racers on a fast group ride and then say goodbye briefly and take a detour through single trail track. It’s the bicycle I grab when it’s snowing and the roads are white as well as the bicycle that could be carried on my shoulder for a few kilometers without having any pains. Another use case is that this is the bike that could ride gravel paths for 12 hours without actually feeling like every bone in my body was about to detach itself. 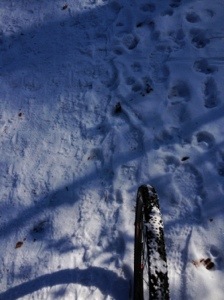 I actually wanted to stay away from a technical description when I was designing this bike in my head since I firmly believe that experts should be given freedom to do their job and it was clear to me that I am not going to ever get this kind of a bike off the shelf. So I created use cases and described feelings and aesthetics, but left mechanical and specifications open.

And then I planted the idea in my brain and fed it blog entries and real world experiences. It was very clear that the answer to the question “do you really need another bike” was no. But need and want are two different things completely.

Young man, you have a problem

When you dream about bikes, spent most of your free income and time on bikes and obsessively take pictures of bikes, you have a problem.

Some problems are meant to be solved and some problems are meant to be embraced and repackaged in other terms.  Some people use words such as “life style” or “career choice” to this repackaging process.  I won’t make such bold statements.  What I will make is a promise to really focus on what’s of interest to me as a cyclist.  I don’t have secret industry intel to share, nor do I find the Tour de France particularly exciting to watch.  I am forever concerned with such eternal questions which I will try to answer here:

I’m sure that in this adventure there will be many more questions to consider.  They will be investigated, photographed and documented and shared since we all know that sharing means caring.

Since this is the first post, allow me to start with an inspirational report.  And I thought I had a problem…

The Spokesman from dean saffron on Vimeo.